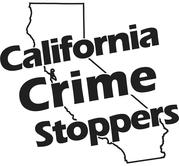 Crime Stoppers provides an anonymous way for community members to provide information about crimes in their neighborhoods anonymously.  There are different ways to send information to the public.  They can call, text, or go to the world-wide web and submit their crime tip information.

Nguyet is a Police Officer III with the Los Angeles Police Department with over 16 years of service.  She worked a variety of assignments which included patrol, vice, and narcotics.  She is currently assigned to LAPD’s Community Relationship Division, Digital Media Unit where they handle the various social media accounts for the Department.  She previously was assigned to RACR Division  where she was hand-selected to help in developing a new anonymous tip system for the department.  In 2008, she helped launch LAPD’s first web and  text-a-tip program which quickly evolved into the Los Angeles Regional Crime Stoppers program.   As the department’s first coordinator for Crime Stoppers, she helped to establish a strong foundation for the program, which now involves over 44 law enforcement agencies in Los Angeles County.   Nguyet joined the California Crime Stoppers association in 2012 serving as a secretary and President.   She continues to serve as a volunteer member at-large to support in the goal for Crime Stoppers.

​Crime Stoppers began with a young detective, Greg MacAleese, frustrated by the number of unsolved cases, including the murder of Michael Carmen was working one night at a local filling station.  Two weeks passed and Detective had exhausted the many leads that came in on his investigations.

​He decided to look to the public for help.  With this objective in mind, and with the help of his agency, they turned to the community, the media and other law enforcement agencies in the area.  Together this new group of unrelated entities collaborated to form a partnership which allowed them to think “outside the box”.  This new partnership recreated the murder being investigated by the young detective, broadcast it on a local news program offering the promise of anonymity and reward compensation.  The case was solved within 72 hours.

The person called in identifying a car leaving the scene at high speed and he had noted its registration. The person calling said that he did not want to get involved so he had not called earlier.

​Born and raised in San Jose, California, Jason has dedicated  his life to making San Jose a better place to live and work.  He graduated from Santa Clara University with a degree in Sociology and a minor in Ethnic Studies.  He returned to San Jose  and worked nine years with the City of San Jose Parks and Recreation prior to his current career in law enforcement with the San Jose Police Department.  He currently holds the rank of Sergeant, supervising crime prevention specialists, school liaison officers and truancy abatement burglary suppression officers.  Jason has been a member of the California Crime Stoppers board for ten years and serves on the Silicon Valley Crime Stoppers board for over ten years.

Brad is a Detective with the Fresno Police Department and has been there for 32 years.  During his career with Fresno PD he has had various assignments from working motors to SWAT.  He has spent 17 years of his career as the Crime Stoppers Coordinator, helping to arrest over ten thousand suspects.  Brad consistently provides the vital support necessary to other Crime Stoppers coordinators for their programs  to succeed.  His dedication to helping solve crime within his area, as well as other areas is unmatched.

Detective MacAleese then realized that fear and apathy were the primary reasons why the public tended not to get involved. So he helped design a system where the public could anonymously provide details of the events. This system focused on stimulating community involvement and participation, taking advantage of every possible media opportunity, especially electronic media, to publicize unsolved crimes; and offering cash rewards for information leading to an arrest and/or conviction.

This was the birth of the first Crime Stoppers program taking place in Albuquerque, New Mexico, on September 8, 1976.   Since then, over half a million arrests have been made, close to one million crimes have been solved, over 75 million dollars in rewards have been paid and over 4 billion dollars in property and narcotics have been recovered.

California Crime Stoppers is a non-profit organization that began in 1985 with programs throughout California uniting together to share, collaborate, and provide training on innovative ways to build and strengthen partnerships between communities and law enforcement.  Individual Crime Stoppers programs throughout the state came together as an association to provide annual and bi-annual training conference focusing on crime trends, technology, and methods to collaborate with communities. 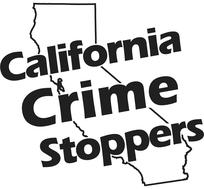 MEET THE BOARD OF DIRECTORS

Bridging the gaps between the community and law enforcement to build safer neighborhoods through partnerships, training, and education